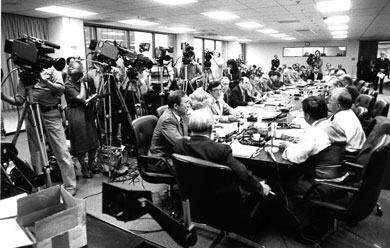 J. Rupert Mason was a teenager when he joined the bond department of the Chicago Savings Bank and Trust in 1904. “It fascinated me,” recalled the founder of the California bond house that bore his name. “I had never forgotten what my grandfather had told me about how public schools were financed. It was a subject that seemed to me very fundamental to the general welfare.” 1

Call it municipal exceptionalism: this market is different. More than corporate debt or securities, municipal bonds are a means to an end; they promote the general welfare and improve quality of life. Municipal projects may not be profitable in business terms, but they are no less essential. To the issuers, dealers, counsel, consultants and regulators, the municipal market is something to be passionate about.

Through two centuries of municipal finance, legislators assumed that participants in the bond market knew their business, so regulation was light. When municipal bonds became more popular in the 20th century, it was because they were different. Exempt from income taxes, they became a bedrock investment for the affluent.

Throughout its history, compared to its equities counterpart, the municipal bond market has been relatively free of scandal. But every marketplace presents an opportunity for malfeasance. Troubles in the municipal market led the U.S. Congress in 1975 to make the “Great Compromise” in establishing the Municipal Securities Rulemaking Board (MSRB), a new regulator with no enforcement power and whose rules could not apply to issuers. Still, the MSRB steadily improved regulation and increased disclosure.

If Progressive-era taxes gave the municipal market its 20th century momentum, Reagan-era tax reform remade and changed the course of this market, raising new challenges for regulators. Then, a spectacular default in Washington State and revelations that neither issuers nor broker-dealers knew as much about their bonds as they thought led to indirect regulation, first of primary, and then of secondary offerings. This pace of change finally provoked the industry and regulators into building a new machine for disclosure, first decentralized and paper-based, then digital and MSRB-managed.

Since federal regulation of municipal markets first began in earnest in 1975, market transparency and efficiency have improved. Regulators have remedied a host of unfair practices, some long standing and some newly arisen; some easy to understand (pay to play) and some not (yield burning). Meanwhile, market participants have devised ever more specialized financial instruments. But the essential character of the market remains, making the municipal the newest old market.

Former MSRB Chair Frank Chin did more than most to create the 21st century municipal market. He joined the transportation desk at Smith, Barney, Harris & Upham 74 years after J. Rupert Mason got his first job, but felt the same about the work, a stint as a civil engineer for the City of New York having convinced him that bonds were as fundamental to building as blueprints. “The municipal market does some very good things. It's helpful to issuers. It finances infrastructure.” 2

At the outset of this story of how municipal securities and the regulations that govern them have changed over the years, it is worth remembering that behind every regulation, as much as every bond, remains the general welfare, whether it be schools to finance or investors to protect.