Filling the Gaps in GAAP 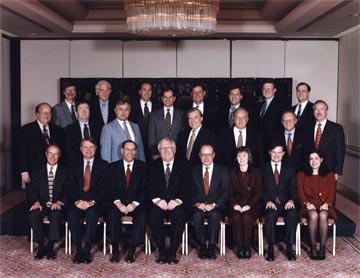 Over the years, some GAAP standards have been governed more by form than substance, and some measurements and recognitions under GAAP could be shaped by careful structuring of transactions. Examples of form-oriented accounting that proved troublesome are provided in Examples of Gaps in GAAP. As a result, some preparers viewed GAAP as more of a compliance exercise than the faithful reporting of financial activities.

The deft application of form-oriented GAAP is distinguished from “cooking the books.” However, one can only wonder if some who engaged in fraudulent financial reporting rationalized it as not that different from stretching the occasionally frail boundaries of GAAP. Enron may be an example of form-oriented accounting for “special purpose entities” extended beyond acceptable application.

Some managements who had a compliance view of GAAP would insist that any method was acceptable so long as it was not specifically proscribed by GAAP. Auditors often heard, “Show me where it says I can’t do it!” The status of GAAP was also eroded by the occasional quest for the “lowest common denominator” among presumably acceptable methods. Audit firms were sought out for opinions on the propriety of hypothetical transactions, and investment bankers would then use the opinions to sell structured transactions to registrant clients. If one major firm approved the accounting proposed for a hypothetical transaction, other auditors felt pressure to accept that conclusion.

In 2002, SEC Chief Accountant Robert Herdman successfully urged the AICPA’s Auditing Standards Board to prohibit an accountant’s accepting an engagement to report on hypothetical transactions.

But all this led to accounting standards that are “rules-based” and highly detailed.(17) There are cries for “principles-based” standards that lay out general principles without the same level of detail and with more reliance on the application of judgment.(18)

How did the application of GAAP get so stressed for a while? One factor may have been the changes to the AICPA Code of Professional Conduct. During the 1970s, the U.S. Department of Justice and the Federal Trade Commission embarked upon a program to force professional organizations to repeal their rules banning advertising, solicitation, and competitive bidding. The AICPA became an early target. These changes – sometimes called “ethical deregulation” – resulted in competitive activities by accountants that previously were considered scurrilously unprofessional. Now it could mean grubby competition or slow business death. Some within and without the profession began pejoratively referring to audits as “commodities,” and urged accountants to expand non-audit services to enhance revenues.

Deloitte Fireside Chat I: The Role of Professional Judgment in Accounting and Auditing

Who's Counting? - The Critical Role of Financial Reporting in the Capital Markets (Seventh Annual Meeting)